A hot story about a Florida lab that was saved from a financial riptide, all thanks to Billing Geeks (and a few piña coladas – because piña coladas make everything better).

Our legend starts with a Boca Raton lab that was about to financially capsize.

The Florida sun didn’t feel so hot for a 50-person lab that was struggling with almost every aspect of their accounting and billing. Their old billing company was submitting claims with the wrong codes and letting the lab drown in unpaid receivables and inflated expenses.

Tired of getting left out in the cold when they asked for better service, the lab called Billing Geeks. “Make it rain,” they said. “But not the weather kind. We mean the green paper kind.”

Billing Geeks saved the day quicker than a lifeguard hopped up on Red Bulls.

Billing Geeks wasted no time turning the tide. And they didn’t just throw a life preserver to the lab – they threw a whole new profit margin. In other words, yeah, Billing Geeks made it rain.

While the lab team was relaxing with a few piña coladas, Billing Geeks waded through the mess left by the old billing company. After Billing Geeks tossed out the old company’s routines like a bad Hawaiian shirt, they created Standard Operating Procedures for each lab test, which shaved off countless hours of time and enabled the team to work more efficiently. Billing Geeks moved the lab’s finances over to QuickBooks and created a set of policies and procedures for the accounting department.

And then the real nitty-gritty, sand-in-the-toes work began. Billing Geeks helped the lab’s bottom line rise to the top by drastically cutting costs and increasing receivable collections. Smooth moves like decreasing the cost of a single instrument lease by a full 50% helped the lab see an overall 25% year over year (YOY) increase.

That smooth move wasn’t all that Billing Geeks brought to the beach party, though. Billing Geeks took a stack of claims that the old billing company had said were “dead” and collected an additional $5 million for the lab. Now that’s hotter than a sticky August heat wave. 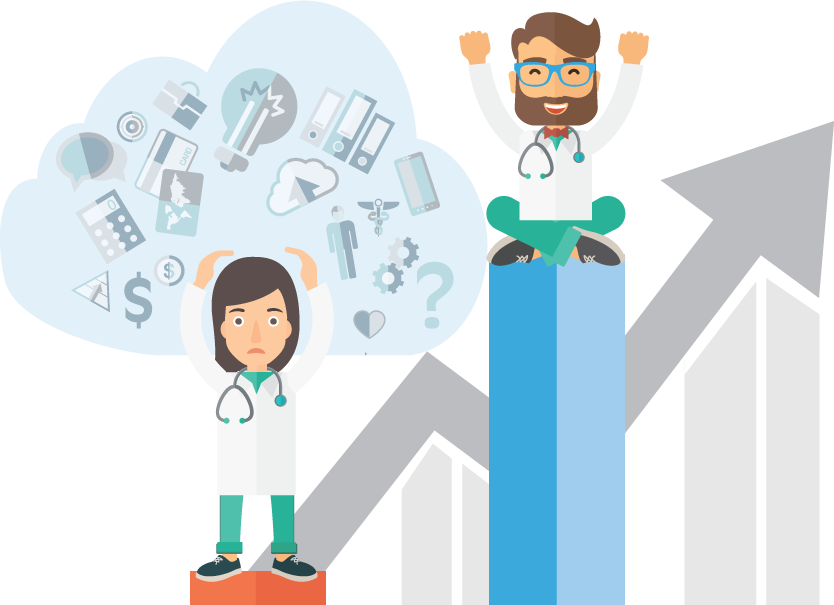 Now the lab isn’t sinking, profits are still increasing, and the piña coladas are flowing.

So how’s our Boca Raton lab doing today? Even better than that 25% YOY. In fact, the lab’s monthly expenses are only about 40% of what they were with the old billing company.

The lab team has traded in periodic fits of sobbing and whining for weekly piña colada nights. Sometimes they have a few too many and drunk dial Billing Geeks to say thank you. Again. For the third time that day. But it’s all good. Once you join the Billing Geeks family, you’re close enough to rub sunscreen on each other’s backs. Because once you’ve shared the deep, dark corners of your accounting records with each other, there’s not much mystery left.

String bikinis aside, there’s nothing hotter than finances that just keep rising. Life’s a beach when you work with Billing Geeks, and the lab is proof.